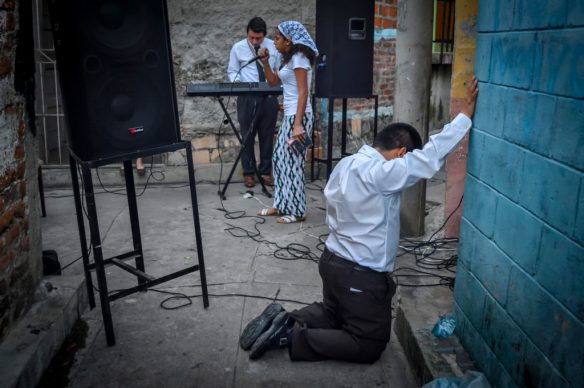 Over the last few years, I have tried to ease back on the claims made in my book about leaving the gang by way of the (Evangelical/Pentecostal) church. It’s not that I don’t believe my own research. Rather, given that some of my first interviews with ex-gang members and gang experts are now almost ten years old, I have been less eager to make claims about what the Central American gangs allow. After all, a key characteristic of street gangs is their tendency to adapt to their social surroundings and therefore, gangs, including the Central American gangs, are constantly evolving along with their society. Also, I had been told by several gang researchers that gang leaders, especially those in El Salvador, “no longer let anyone leave.”

I have always been a little bit skittish about the sweeping statements regarding gang policies, especially when those statements make reference to hard-line, supposedly “universal” policies or practices. My research taught me that Central American gangs tend to vary somewhat from one “clica” to the next, even though they do share strong tendencies across the major affiliation groups (MS-13, M-18 “Revolucionarios” and M-18 “Sureños” are the big three in ES). But I had been out of the field long enough that I had started to wonder if my findings regarding religious pathways out of the gang no longer applied in Central America.

Newly published research suggests that my findings — especially the conclusion that many gang leaders allow a “pass” for religious converts if they can show evidence of a changed lifestyle — continue to hold true, including in El Salvador, where gang growth and institutionalization has been the strongest. Two pieces of research that support this conclusion are an extensive report published just this month by Jose Miguel Cruz of Florida International University, and a feature republished in February by Insight Crime. Cruz, who has been studying the Central American gangs consistently longer than any other scholar alive, conducted a large-scale (N=1196) survey of mostly gang members and sympathizers, and came to the conclusion that, not only is it still possible to leave the gang permanently in many clicas, but additionally, “Religious experience plays a key role in the pathway desistance from the gang” (6). He points out that the vast majority of those surveyed reported that the churches are the most capable facilitators of gang rehabilitation (followed by NGO’s).

Meanwhile, Salvadoran sociologist Juan Martinez D’Aubuisson argues, in a very interesting piece called “Divine Intervention” that “Hundreds of gang members are abandoning and outright rejecting their gangs, opting instead for the teachings of evangelical churches.” He also states that some of the ex-gang members, many of whom join churches inside the prison, preach a fiery rejection of the gang.

I am not posting this as “vindication” of my research, conducted in 2007 and 2008. It is, of course, possible, that at some point the gang leaders will end the frequently-held policy of “respecting” religious conversions so long as the convert shows evidence of a changed life. Nor am I stating that the religious pathway out of the gang is the “answer” or “solution” to the problem of gang violence. As my book makes clear, a much more effective, far-reaching approach to reducing gang violence would be to reduce the economic inequalities that fuel alienation among youth, and to expand opportunity and inclusion in marginal barrios through significantly enhanced spending on public schools, parks, and youth recreational opportunities. For the time being, however, local initiatives, both religious and non-religious, can continue to play a key role in providing “off-ramps” from the violent, vida loca lifestyle for a significant minority of gang members who have grown weary of the gang and it’s demands.