I have been meaning to write a post that provides an update on some of the ex-gang members I first interviewed in 2007-8. Yesterday, Lucas Olson, a TA for an undergraduate class taught by Daniel Esser at American University asked if I would respond to some questions posed by the class after reading my book, so the exchange offered an opportunity to speak to provide this kind of update. With permission of Prof. Esser, I’m posting here a (slightly edited) version of the questions — which are excellent — and my responses to these questions.

1) Could you update us on the trajectories of individuals with whom you worked?

I have been able to catch up with or otherwise collect *some* information as to the whereabouts of thirty of the original sixty-three ex-gang members interviewed for this project. Of these thirty, I have formally re-interviewed seventeen, all of them in Guatemala and Honduras. Let me say first that catching up with these folks hasn’t been easy and that has as much to do with finding the money and time to travel as it does with actually tracking them down. But the lower number of interviews is also due to a very high mortality rate. Of those thirty, eight are no longer living. Of these eight, six died from violence, and two more died of health issues related to violence during their gang years. There is no simple way to “summarize” the trajectories of the men and women I have caught up with or learned about. To put it briefly, some are doing well, others are struggling, and some have died.
A few examples: “Pancho,” whose story starts chapter three, ended up getting locked up (a year or two after I interviewed him) for a crime he committed before he left the gang. According to my source (a Honduran sociologist who knew him well) Pancho, under pressure to show that he was a “provider” for his family, got involved in selling drugs during this later stint in prison.  Shortly after he was released from prison in 2012, he was killed, probably due to the nature of the business in which he had become involved though it’s impossible to know for sure. “Ricardo” another Honduran whose story of dramatic conversion starts the fifth chapter, is no longer pastoring a Pentecostal congregation due to a separation with his wife. After his congregation was taken away from him (by the denomination), the local mayor (of the more progressive “Liberal” party) recruited him for his people/organizing skills. When I interviewed him last year, he was doing relatively well financially but noticeably affected by the fact that he was separated from his wife and daughter. Finally, I have a short piece about “Angel” (the guy who told me about being told “The only way out is in your pine-box suit”) in the video made by AU prof Bill Gentile. He now works at a bank, is married, getting a business degree, and working with his wife as youth directors at a Pentecostal church.

2) Has the contemporary pattern of violence in these individuals at all turned inwards or been redirected towards their family (wife, children,…)

It is totally possible that in some cases the violence that was formerly directed outward, has now turned “inward” toward the family. That’s a smart intuition of risk on your part. Of course, it would follow a demographic/age pattern that goes beyond gang members or ex-gang members. Young men/boys are more likely to want their violence to be “public” whereas older men, who are subject to stronger societal norms of adulthood, might confine their violence to the private sphere. (Randall Collins has some interesting observations about the difference between mafia violence and gang violence that might be applicable here.) I just don’t really have a good way of finding out about such a sensitive issue and I’m not really in a good position to ask that kind of question flat out so I couldn’t say if it’s happening or how much.

3) Could you give us a better sense of your skepticism of other authors who argue that churches shy away from addressing structural causes of violence?

I’m not skeptical that churches — Evangelical churches anyway — tend to shy away from addressing structural causes of violence. They do. In fact, I have tried to use the opportunities I’ve had when speaking to religious audiences in order to encourage them to “notice” the structural underpinnings of violence and attraction to the gangs (economic inequality for example). At the same time, I also realize that most barrio evangelicals don’t really have access to the levers of power that could effectively address long term structural injustice and violence.
One of the points I try to make in the conclusion is that there is at least a possibility that a movement for social justice *could* emerge from within Pentecostal community. We shouldn’t confuse personal morality and religious enthusiasm with support for the political status quo even if those things have often gone hand-in-hand here in the U.S. They certainly have not gone together in Black churches in the U.S. In any case, while I think it’s important to be able to see and critique structures, I would hate to see these churches losing their resolve to make an impact on individual lives, “blooming where they’re planted” so to speak.

4) Could you recommend one or two readings that highlight the role of women in these communities?

Ouch! You’re exposing my patriarchal perspective! The UCA university in El Salvador has published a book (in Spanish) about women gang members and women in prison. You can see a pdf here. Now that you mention it, there seems to be a dichotomy in Guatemala at least, maybe even the region as a whole, that research done on women is almost always done on rural (typically indigenous) women while research on men, at least recently, tends to address urban contexts/problems. If anyone ever feels so inclined, dissertation/books on the experience of urban ladina (mestiza) women would make a great topic. I’m sure there’s stuff out there but I’m blanking at the moment. And I have certainly discussed this lacuna before with my wife (who is an urban Guatemalan). 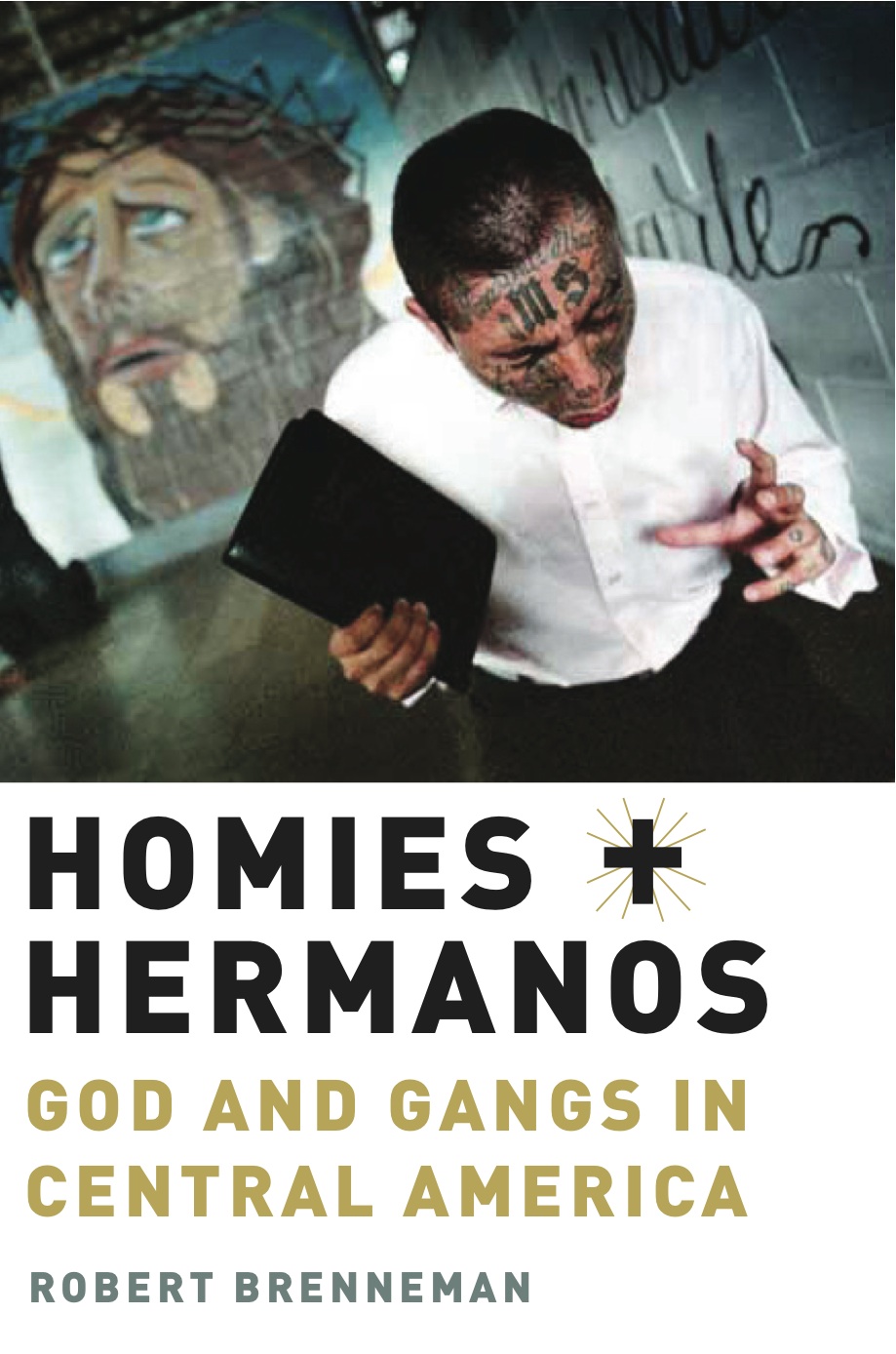